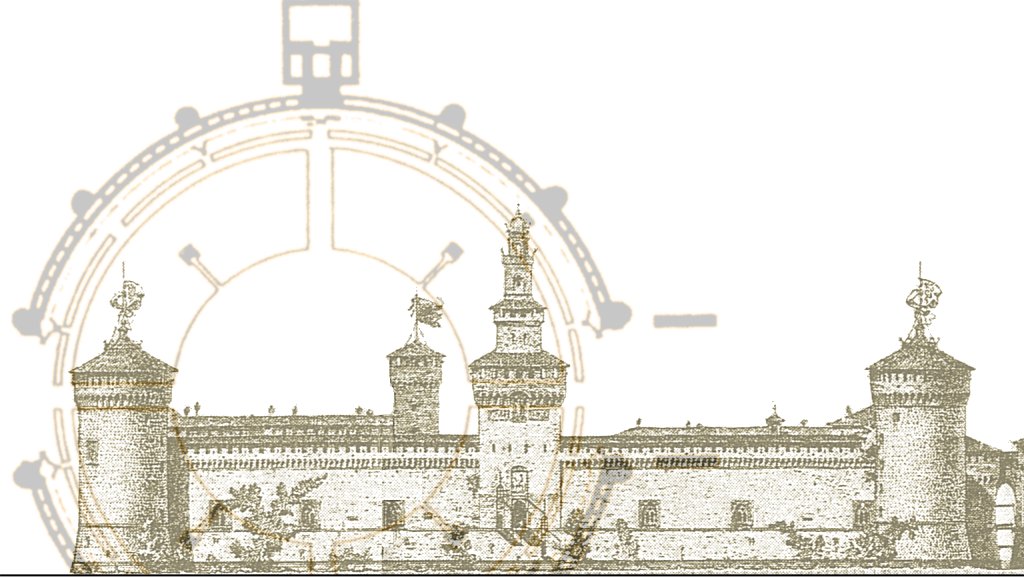 
Although its dimensions and general layout are truly ancient, the Sforza Castle has taken its current appearance for just a bit longer than a century.

The main Torre del Filarete was built from scratch between 1893 and 1904. There are photographs (like the one aside) to prove that a full-scale wooden model of the tower was first placed in front of the castle, to see how the final version would look.

Similarly, the coats-of-arms of the 15th century signore Francesco Sforza which you come across in the castle were painted just a century ago, while the round tower to the right of Filarete's is nothing more than a water cistern that servs the surrounding districts. Even the core of the castle, the Cortile della Rocchetta, was extensively rebuilt, although this restoration work was meticulously designed.

If you want to see where the main tower design was taken from, look - if you find it open - in the portico of Cascina Pozzobonelli, remnants of a Renaissance country house next to the Central Station.

Above: the full-scale wooden model of the Filarete tower, before it was actually built in the early 20th century