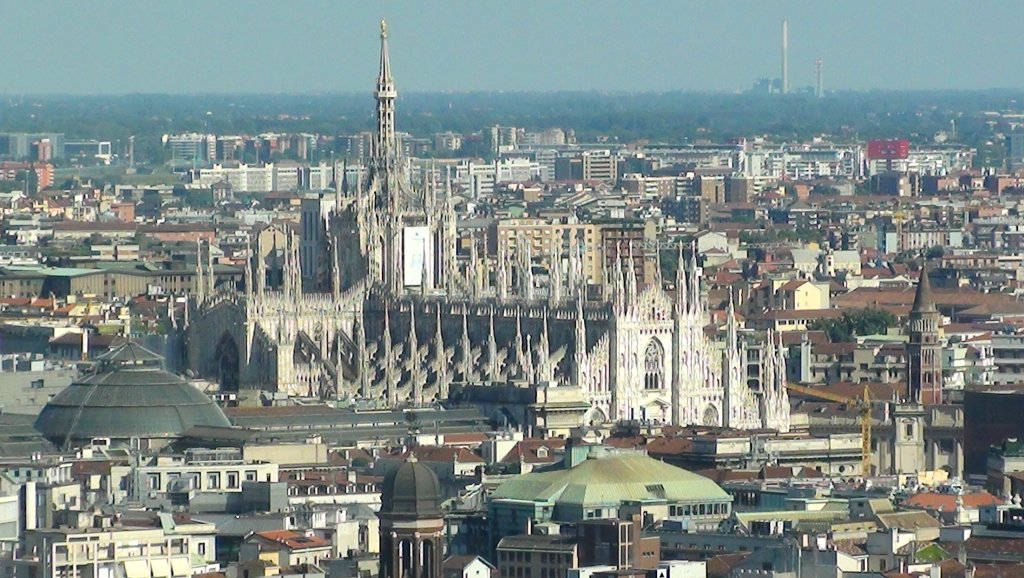 .:. In spite of difficulties the city has had to cope with in recent years - caused primarily by the tail end of its transition from an industry- to service-oriented economy, by the unexpected arrival of huge numbers of immigrants from the Third World and by errors made by incompetent and sometimes corrupt administrators - Milan is still the most important and liveliest city in Italy. Its charm is subtle, perhaps slightly ironic, decidedly understated, and it is worth your while to understand its depth. To do so you will need some perseverance, intelligence and, of course, this website.

.:. The hard work ethic of the Milanese spans the centuries. Their oldest traditions are steeped in methodical work in the fields. It was through working the land that the Milanese put to use both the technique of the tenacious Certosini monks and the hydraulic inventions of Leonardo da Vinci, who lived as a guest of the Sforza family for many years (1482–1513) and bequeathed the city with precious practical knowledge such as designs for irrigation methods in agriculture.

.:. Milan's farming prosperity provided the capital needed to build, first its textile factories, and afterwards its advanced large-scale industries. Since the end of the 18th century, the managing and administrative talents of the Milanese, in both industry and commerce, have fully blossomed. The legendary energy of Ambrogio, Milan's patron saint, has been thus embodied, first by chimneys and machinery and subsequently by banks, computers and much of what is made in Italy.

.:. Milan's ethnic composition has thoroughly changed in these past sixty years. The Milanese who speak true Milanese dialect, the so-called 'Ambrosiani' (or 'Meneghini' after a character in the Commedia dell' Arte), have become almost extinct. Thanks to the work of a good many generations of 'Ambrosiani', Milan had the favorable conditions that allowed it to host and to absorb, in the course of these last sixty years, hundreds of thousands of non-Milanese who were attracted by the possibilities for work that Milan offered to them.

.:. Foreigners and Italians from less wealthy regions, such as Veneto and particularly the South, came to Milan in such numbers that at present there are far more first or second generation Milanese than Ambrosiani. It may seem odd, but by now they are all considered Milanese. Milan is - or at least has been to date, as we shall discuss shortly - a rare example of a successful melting pot. The result of this process was a fruitful mutual exchange: Milan's immigrants have adopted the city's ethic while the Ambrosiani have become less insular. For example, most of the designers and fashion designers who hold Milan's industrial creativity in their hands today were not born in the city, yet they have readily adopted Milan as their own.

.:. Only recently did Milan begin to feel the impact of another kind of immigration, which other big cities already know well: an inflow of thousands and thousands of people from developing countries looking for work and better living conditions. Italy had few colonies, and only for a few decades, and this may explain why this type of immigration has been late in arriving here.

.:. Often these new immigrants come into the country without the necessary visas and permits; for the time being the authorities tend to adopt a fairly tolerant attitude, allowing them to stay rather than shipping them back to their home countries. The characteristics of these immigrants vary according to where they come from (domestics tend to be from the Philippines or Ethiopia, students from Latin America, street traders from Central Africa, though obviously there are exceptions to every rule) and the phenomenon has given Milan a more cosmopolitan face. But it will be some time before we know just how Milan will absorb and 'adopt' this new influx.